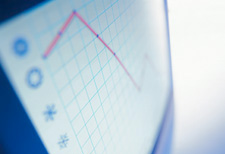 Q: UFA releases a default risk index for mortgages as part of its quarterly mortgage report. Can you tell us a little bit about how this index is calculated and what it can tell us about the reasons loans default?

A: The UFA Default Risk Index has been hitting new highs in recent quarters despite the already steep declines in house prices; but there are indications that the worst may be over. To determine the index each quarter we take a constant quality mortgage loan and move it around the country and through time. This exercise allows us to answer the question, "How are local economic conditions affecting mortgage loans originated this particular quarter?" A constant quality loan is a loan to the same borrower, on similar loan terms, with similar collateral. We change the origination date and project how the loan would be affected by local economic conditions such as unemployment, income, collateral prices, and so on. Our index is benchmarked so that 100 is the average of the 1990's. The default index shows that the least risky period was seven years ago when it bottomed at 60, meaning mortgage loans of that vintage should default at a rate 40% less than the average of the 1990s. The risk of default from economic conditions has risen steeply since then. It is currently at peak levels around 150. Economic conditions, especially falling house prices, are making expected future defaults much worse than for earlier vintages. The press is reporting how fraud and poor underwriting are affecting the rate of defaults, but we estimate that about half of the increase in defaults can be attributed simply to changes in local economic conditions. Local factors like demographics, population distribution and growth, employment and unemployment, incomes, property taxes, income taxes, growth controls, and topography - such as whether cities are on the coast or inland? all influence loan performance.

Recently we conducted research to categorize the underlying reasons for the increase in loan defaults. We found that the causes of defaults could be separated into three pieces: observable underwriting quality, local economic conditions, and moral hazard arising from lack of transparency in underwriting. The first piece was defaults due to changes in underwriting, such as loan to value ratio and credit scores. The second piece was defaults due to changing local economic conditions, as I discussed earlier. The third piece was defaults attributable to changes in underwriting which are not observable and would include fraudulent applications, inaccurate appraisals, etc.. We found that observable underwriting characteristics have not changed very much: they were constant or actually even improved. Instead, changes in local economic conditions accounted for about half of the increase in defaults, and moral hazard accounted for the other half. The decline in underwriting standards is not readily observable in the securitizations. In the current securitization process, characteristics that are known to affect defaults - such as inaccurate appraisals, faulty data, and other important information - may have been ignored during loan origination and not disclosed. The lack of transparency means that investors did not know enough about the loans they were buying.

Q: What course of action do you feel the federal government should take in 2009 to prevent a deepening recession?

A: There are clear signs now that consumers are cutting back severely on spending, and that, of course, has serious repercussions, as the consumer represents 70 percent of the economy. It is almost inevitable that there will be a severe recession with large increases in unemployment and a very real need for a large federal stimulus package.

Given how bad the data look right now, I am sure the federal government will not leave things alone and watch the economy unravel. Standard fiscal remedies include tax cuts and/or spending increases. Of the two approaches, there is some evidence that payroll tax cuts, for example, in Social Security and Medicare taxes, are cost effective since they are well targeted to consumers who are more likely to increase spending; and at the same time, they will reduce employment costs to encourage hiring. Increased spending on public works can also be effective to the extent we can find productive investments, but may take longer to have an impact.

Featured in the following publications:

The Best Places to Lend on Nonprime Mortgage Equity – Spring 2005

The Best Places to Lend, featured in UFA's Nonprime Mortgage Report™, include many oil-producing states. For Spring 2005, the list includes Louisiana, Mississippi, New Mexico, North Dakota, Oklahoma, Texas, and West Virginia. Five of these seven states are in the top ten list for highest oil production per capita by state. Mississippi and West Virginia are the two states that are not in the top ten list of oil production per capita.

Dropping off the list of Best Places this quarter is Alaska, currently classified as average. With the exception of Spring 2003, Alaska has been included in the Best Places to Lend since the creation of the list (Fall of 2000).

“Best” places have expected loan values (profitability) for a “constant-quality” borrower that are higher than in other states. The NMR best list holds borrower quality constant and reflects only the variation in economic conditions among state. “Both borrowers and the underlying housing collateral in these areas are situated more favorably to withstand the consequences of an uncertain economy,” says Dr. Dennis Capozza, professor of finance at the University of Michigan Business School and a principal of UFA.

“Expected defaults in the best places can be as little as half the level of some of the less promising states. Losses can vary even more, since recoveries are also enhanced when economic conditions are favorable for lenders,” Dr. Capozza indicated.

The Nonprime Mortgage Report is a unique analysis that has successfully predicted such developments as the increased defaults in Southern California in the mid-90s. Its predictions are based on an extensive analysis of local economic conditions in each state and the relationship of those conditions to loan profitability. The historical record of millions of mortgage loans is studied each quarter to assess the vulnerability of each state to loan losses and prepayments. The detailed analysis of each state – including best and worst places to lend – appears in the Nonprime Mortgage Report, which is published quarterly by University Financial Associates. 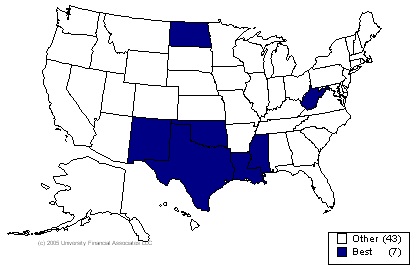